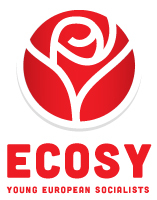 As of December 2011, 5.5 million young people in the European Union were unemployed. This figure is equal to the entire population of Finland or more than twice that of Slovenia. According to the European Commission youth unemployment rate is more than twice as high as the adult one – 22.7 % against 9.2 % in the third quarter of 2012. In EU 14% of the young people are NEET youth – the ones who are not in education, employment or training. In some countries, this number is even higher.

Especially dangerous is long term youth unemployment since statistics show that entering the job market is much harder if person is not in it for more than a year. Even though there are steps being taken to fight this rising social disaster, for example European Youth Guarantee, it is not enough. Despite the financial crisis, there are over 2 million job vacancies in Europe and employers are complaining that they don’t have anyone to hire.

ECOSY believes that all these factors previously mentioned are very much connected with education level of young people. Researches show that the higher the education level of young people the more likely they will find a job. Most of the long-term unemployed people have high-school diploma or less. Best way to overcome the financial crisis is to create more jobs, what will bring more money to the state budget.

As the society becomes more advanced, the requirements for young employees change as does the structure of the economy. In constantly aging Europe we need to innovate and figure out smarter solutions to sustain the viability of our economy. Therefore, basic education will not be sufficient, now society expects people to have a master’s degree to succeed. Even though there are countries in Europe that still worry about providing their citizens basic education, it is not enough. It is time for Europe to take steps so that individual states would start taking actions towards everyone having access to better education, even if people don’t fully understand its importance.

In order to reduce the number of NEET youth – the ones who are not in education, employment or training, we suggest making high school education mandatory, which includes high school or vocational education so that young people could have the necessary skills to enter job market. Employers and educational institutions have to cooperate more and vocational education has to be reinvented so that currently vacant job positions could be filled.

Currently young people tend to have jobs that are not stable – in 2012, 42.0 % of young employees were working on a temporary contract (four times as much as adults) and 32.0 % part-time (nearly twice the adults’ rate). As Europe’s population is aging, it is absolutely vital that every young person is employed so that European welfare system could function. Youth unemployment is one of the most fundamental problems of the current European economic system. Tackling it needs bold moves and improving our education system could be the first step, that should be taken right now.